About Yellow Jackets and How to Remove

Yellow Jackets are a type of predatory social wasp. They occur only in colonies, and can be distinguished by their rapid, side-to-side flight pattern right before landing. All female yellow jackets can sting. Yellow jackets are 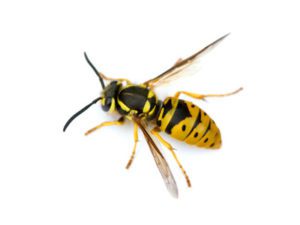 Yellow jackets can often be mistaken for bees, because of the similar color, but it’s important to understand that they’re not bees, they’re actually wasps. Their stingers are barbed, and they often will sting repeatedly, unless their stinger becomes lodged and detaches from their body.

Yellow jackets are easily agitated, and although one sting won’t cause you much harm, if you’re allergic or are stung multiple times it could be harmful. Because of their aggressive nature, it’s possible that they could sting you repeatedly.

How to get rid of Yellow jackets

Stewart’s Lawn will gladly come and remove the hive safely and help prevent any further harm to you or your family. Contact us today! We serve all of the Utah Wasatch Front.